Mark Fugler & the Misguided Fear of Bail on Appeal

Editor’s Note: All documents in the criminal case are confidential. The following is written based on reported facts by the media and not on an independent analysis of the case file or transcripts.

A guilty verdict is not always the end of a trial; a defendant can—and many do—appeal their conviction. The law allows most defendants to file a Motion seeking release during the appellate process, which can take several years, but these Motions are rarely granted. Apparently, only three others have been granted in Volusia County in the last few years. Now people are up in arms because a professor convicted and sentenced to 15 years in prison for sexual misconduct was granted this type of post-trial release—posting a supersedeas bond—while he appeals his conviction and sentence.

This is a a very unique situation which occurs so infrequently that it is almost unheard of.

That post-trial release was followed by fury from the public—most notably by the Volusia County Sheriff and other community leaders—with some even calling for legislation to never again allow sexual offenders to be released post-trial. Even worse, there was an appeal to mob justice when home addresses were published. Whatever you may think, if you are a community leader you cannot support mob rule or the Posse Comitatus.

Now, I completely understand Sheriff Chitwood's stance. As one of the key law enforcement officers in the area, he is entitled to his strong opinions and he fights zealously for his beliefs and to protect the community from any threat. I would not want it another way—he must be a fearsome guardian of the people he is sworn to protect. But it precisely because of his role and because of the adversarial nature of our justice system that an independent judiciary is critical and why it is enshrined at the heart of our justice system.

Since both sides are striking blows as hard as possible, the judge and the law must be immune to pressure and only (blindly, as our lady justice demonstrates) follow the law; the judge must stay above the fray, otherwise due process dies. So Chitwood should speak his mind and fight crime as he sees fit, but the judges should ignore him, myself, and everyone else who was not part of that case. Certainly no judge should heed nor alter their decisions to avoid running afoul of his supporters.

I know Chitwood would defend the judges (and any of his critics) to the death against harm, but there are so many people out there that listen to the news media blurbs and overreact—potentially with dangerous consequences—to a very unique situation which occurs so infrequently as to be almost unheard of (which is why there is shock today).

Why This Case Is Exceptional

In this controversial publicized case, you have a unique exception where a man was convicted (it seems in part) based on a diary of a 7-year-old and rather than prosecute his appeal from a cell, he will prosecute his appeal from home while being closely monitored. Further, he also posted a significant financial bond (which gives him an argument that he relied on the judge's ruling to incur a five-figure cost). It is unlikely his appeal will last more than a few years as the appellate courts are moving cases more quickly—it will not be ten years before the case is finally resolved by the District Court, which is the court of last resort.

The decision to allow him post-trial release has been called “unconscionable” and a “gross miscarriage of justice.” You decide. But first, make sure you understand the stakes. This defendant may be absolutely guilty and his appellate issues may be technical, but we do not make a legal rule for one man—we make it for the entire state. Remember that our justice system is far from perfect—consider the people exonerated by the Innocence Project.

The Right to Appeal

Contrary to what most people believe, a conviction does not mean the case is over—it’s far from it. Indeed appellate review is crucial to our judicial system and is the only remedy available for mistakes made in trial courts. That remedy is not granted often. The Fifth District Court of Appeal only "reverses" a conviction in a tiny percent of all cases considered. But in the cases where a conviction is overturned, what do we say to the person who was wrongly imprisoned? Oops. Sorry.

The Purpose of Bail

Bail is “any and all forms of pretrial release” (Fla. Stat. § 903.011). The purpose of bail is twofold: (1) to ensure the appearance of a criminal defendant at future proceedings and (2) to protect the community against unreasonable danger (Fla. Stat. § 903.046). 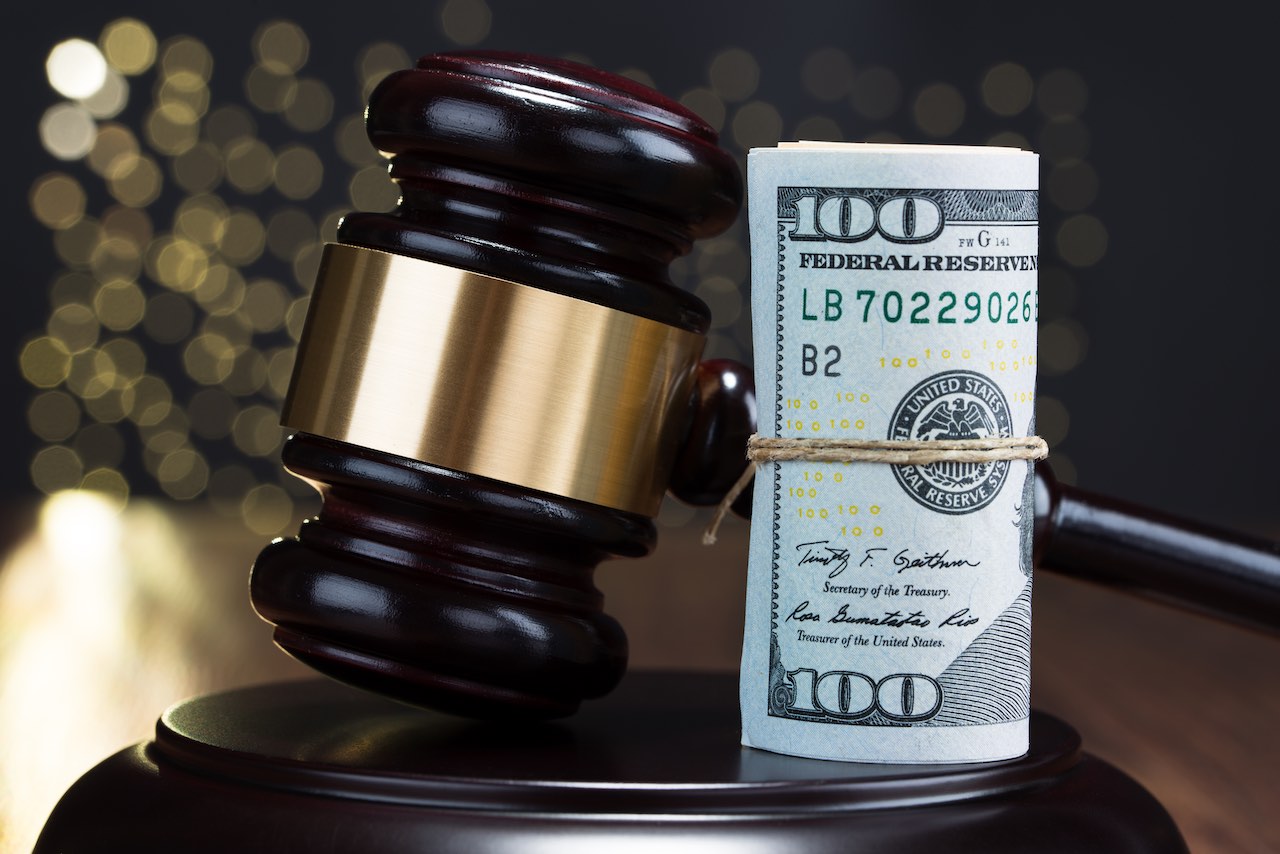 Conditions for Release for Bail on Appeal

Appeal is in good faith, on grounds fairly debatable, and not frivolous No prior felony convictions

How many defendants are granted a post-trial bond?

The local number is unclear, but the defense bar will confirm that it almost never happens. In my fifteen years, I have had two cases where there was bond on appeal. Many individuals are not entitled to bond on appeal, particularly in felony court, because of their prior criminal history. But the trial judge, who watched the entire trial, has the option to allow a defendant to prosecute the appeal from outside of jail providing the defendant meets all the criteria. Essentially, the case continues for a year or two longer while the defendant is on strict release conditions.

According to Chitwood, only one order granting an appeal bond has been filed in a felony case in 2019—which was Fugler's—and three were issued in 2018.

As you can tell from the sheer minimum amount of post-trial bond’s permitted, the standard is high. Although the statute allows some judicial discretion, it is not much. The issue where judges are granted the most discretion is whether the appeal is frivolous or meritorious. In this case, the judge believed the issues to be reviewed by the Fifth District Court of Appeal are potentially meritorious. That is critical because it means that the judge does not believe the conviction will withstand appellate review, as a matter of law.

Fugler’s Conditions for Release for Bail on Appeal

Fugler was not simply released without any conditions. The judge ordered Fugler to register as a sex offender and wear a GPS monitor, in addition to having no contact with the victim. Notably, Fugler had been free before trial without incident and never failed to appear in court.

Intertwined with the decision to grant the bond is the idea that Fugler may very well have an appellate remedy coming which could result in anything from a new sentencing hearing to a new trial or even an outright dismissal. But if the appeal is unsuccessful, Fugler will return to prison and serve his sentence.

Yet publicly, you have an unfounded fear of sex offenders being released akin to a get out of jail free card as a general practice. This is not the case. Compounding the confusion, you have community leaders, such as some of your elected and trusted representatives, also citing their fears of future defendants following this same path and seeming to slip through legal loopholes in the system. Considering some of our leaders are lawyers and should know better, this is frightening and disappointing. I am sure their rich clients would not be happy if they could not drag on their civil cases for a decade to avoid paying through the use of appeals and bonds. Why should we value money more than freedom?

No matter the outcome of this case, we want our community to at least be aware of what is at stake. It is not a technicality or loophole. Nor is it a common practice for a defendant, even less likely for a convicted sex offender—the most unpopular type of defendant—to be granted an appeal bond.

To add to the hysteria, enter social media. Threats to the judge and the defendant. Comments calling for the defendant to kill himself and describing the judge as “more dangerous than a pedophile.” Let me just say that the judge has something like forty years of legal experience and is generally regarded as a great judge. He deserves our respect and appreciation for his service and for “the bench.” The disrespect towards him is appalling.

Perhaps the popular thing would have been for the judge to deny the motion for appeal bond. No waves would have been made; popular opinion never comes to the aid of a sex offender. But that isn’t the duty that we require and hope of our judges; it is to follow the law even when it is unpopular. Judges MUST follow the law despite public outrage and perhaps BECAUSE of public outrage.

I take unpopular cases, including the infamous Ponce case, and after the Ponce case a meaningless feel-good amendment was passed that does nothing of substance. Never mind gun violence and drug abuse—truly challenging issues—let’s focus on something that is easy and will get us headlines. As a citizen, I want judges to follow the law particularly in the unpopular cases. Respect for the law is what makes our country work. Due process and justice for all; not justice for some and due process for everyone except “pervs.”

In the end, this is a very isolated incidence, entirely authorized by the law. We do not need to rework the system; this is an outlier and should be seen as such. You do not make a rule around an exceptional circumstance.

10 Things You Need to Know About a Criminal Appeal
Receiving a guilty verdict for a criminal charge is a disheartening experience that brings a conviction and sentence. However, you may be able to file a direct appeal challenging the conviction and sentence to the district court of appeal.
When Can You Appeal a Court Decision?
The primary role of the appellate process is to determine if any mistakes were made during the original trial. This is an important distinction, because the purpose of appeals isn't to simply give someone another attempt at winning their case because they lost.
Defending an Appeal
Often, if you received a successful outcome in a court case, the other party will appeal the decision to a higher court to get the ruling overturned in their favor. If you find yourself in this situation, it is important to put together a proper defense against the appeal.
386.222.6677
Close