Senior Citizen Found Not Guilty of DUI in Port Orange - Aaron Delgado & Associates
The results on this page are no promise of future results. Clients may not receive the same or similar results.

Senior Citizen Found Not Guilty of DUI in Port Orange

STATE OF FLORIDA vs. CHARLOTTE LUNSFORD

Our 79-year-old client was arrested on June 7, 2019, for driving under the influence causing personal injury and property damage; both vehicles were "totaled" in the accident and our client was cited for violating the right of way.

After attempting field sobriety exercises, our client was asked for and did provide a breath sample of 0.06g/210l air. When "confronted" with the low BAC by the officer, she said that she does take Xanax up to three times a day (0.5mg) and the video recorded her saying she took one pill at 9:30am and one pill between 1:00 and 2:00pm (the accident was at 2:30pm). The officer requested a urine test. Originally, our client agreed but she needed time and water.  After a few minutes and a few glasses of water, she misunderstood the instructions and voided her bladder into the toilet bowl.  When asked to provide a sample again, she became frustrated, asked for her lawyer and declined a further urine test.  This was deemed a refusal. 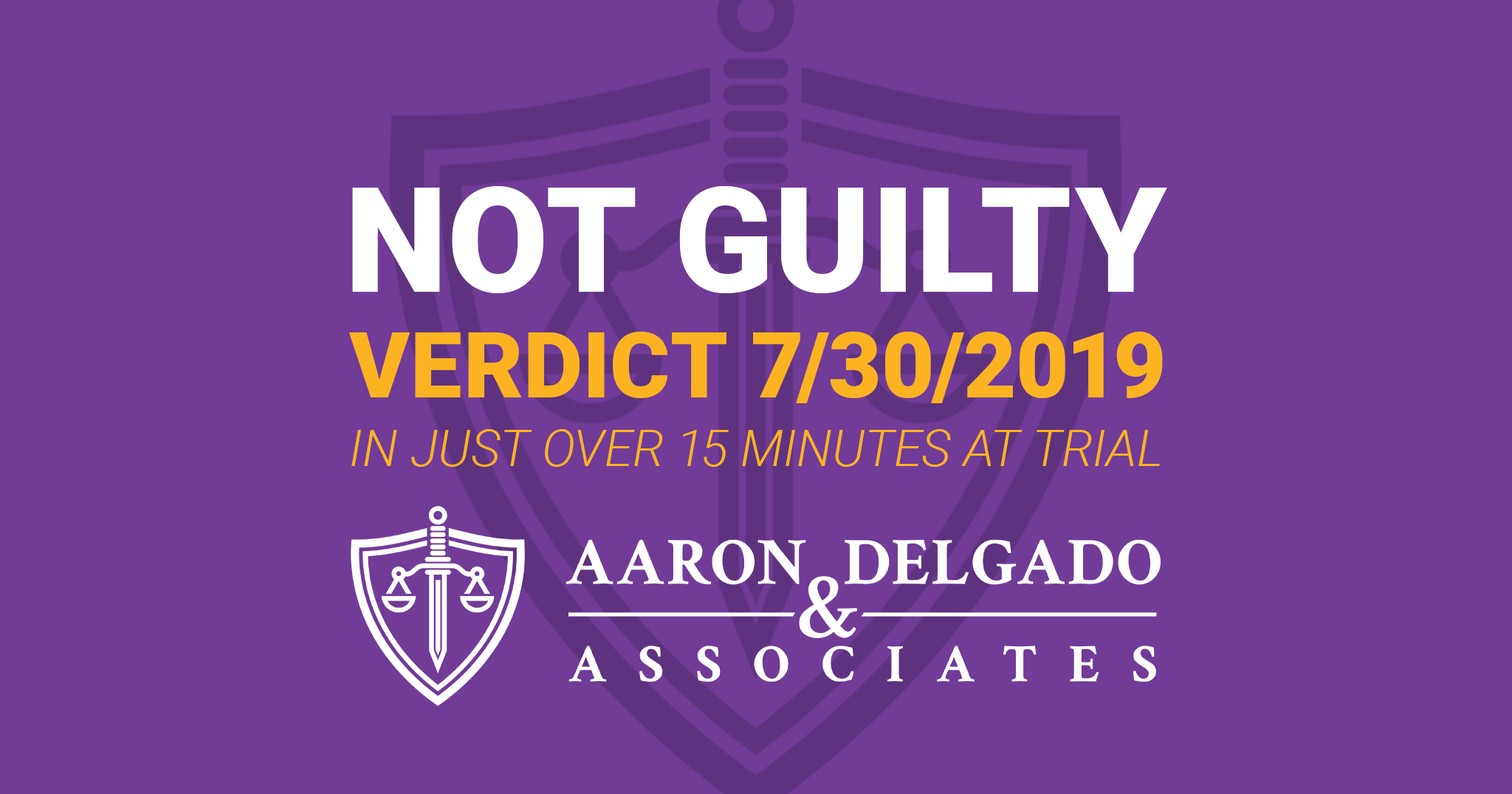 The Port Orange Police Department Officers kept turning off their audio recorders and did not record reading her the implied consent warnings—ultimately admitting that the police report and sworn refusal affidavit were completely wrong—a “rookie mistake” according to the State.

The jury took just over 15 minutes to return a Not Guilty verdict and the judge dismissed the citation.

Our client was overjoyed, hugging both of her attorneys—Aaron Delgado and Tim Pribisco—and telling them she loved them! A great ending to an unfortunate case that should not have been prosecuted against one of our senior citizens.

DUI Arrest with BAC Under .08%

While a breath test result of .08% or higher is over the legal limit, having a BAC result under .08% does not necessarily mean you are in the clear in the eyes of law enforcement! In many cases, a BAC above .05% but under .08% is considered to be a questionable situation. Even if your BAC never reached the legal limit, you may still be accused of driving under the influence with the assumption that you were driving when your BAC was higher—before the police stopped you and tested your breath, giving it time to fall under the legal limit before they reached you.

Since a DUI is a criminal offense in Florida, DUI consequences can be severe and extend beyond the sentence for a guilty verdict in court. If you, or a loved one, have been arrested for DUI in Port Orange, Daytona Beach, or any of the surrounding areas, call our office immediately at 386.222.6677 to speak with an experienced DUI lawyer or schedule a free consultation. Time is of the essence if you want to protect your license and your record. Our lawyers are available 24/7 to be there for our clients when it matters most.

Florida DUI Penalties Chart
In the state of Florida, DUI (Driving Under the Influence) laws require strict penalties for drivers found guilty of driving while intoxicated, whether it be under the influence of alcohol or drugs.
Acquiring a Business Purposes Only License
If your license has recently been suspended, you may be wondering what your options are. After all, if you are not able to drive, you may have a hard time completing your daily routine. This could also make it difficult for you to run your business.
Boating Under the Influence: A Guide
The results of driving a boat under the influence can be deadly, so it should come as no surprise that alcohol is often cited as a contributing factor in numerous boating accidents in Florida. What do you need to know about driving a boat under the influence of alcohol or drugs in Florida?
386.222.6677
Close
View Our Case Results