Everything You Wanted to Know About Restraining Orders

What is a restraining order?

The term “Restraining Order” does not appear in the statutes (laws) of the State of Florida, but it is a very common term that we as a society use to refer to an order from a Court limiting contact between people. You may have also heard of an “Order of Protection.” However, the legal term is “Injunction” and there are only certain reasons that a person can apply to a judge to obtain such an order. This is a CIVIL event, but injunction cases are often initiated at the same time as criminal cases, and normally those criminal cases involve domestic violence or sexual violence.

Florida Statutes 784.046 and 784.0485 lists the five types of events or allegations that allow a person to ask for an injunction, but they are as follows:

Each of those five events or allegations have different requirements for the Court to consider, including the relationship that is alleged between the two parties.

A Petition for Injunction for Domestic Violence can be filed against a person who either now or has in the past lived with the petitioner as a “family.”  That can include people who are related by blood or marriage (whether currently married or not), parents of children, stepparents, adoptive parents, etc. “Domestic Violence” includes:

The Court will first determine if a “domestic” relationship exists or existed at the time of the event, and then consider the facts of the petition. Then, the Court will determine if a No Contact Order is appropriate, as well as other possible requirements.  Why does that matter? If the Court enters an Injunction against someone, that person may not be able to return to the family residence, they may have to surrender any firearms that they own, and they may be required to participate in classes. If they violate that Court’s order for No Contact by harassing or following the person they have been ordered to leave alone, they can be charged with a new felony charge, even if they have not been convicted of the event that led to the injunction being entered.

This type of injunction can be requested if the relationship does not meet the definition of “family” as listed above and the person against whom the injunction is being sought is alleged to have committed any number of sexual crimes, including those listed in Florida Statutes 794, 787, 800, 827, or any forcible felony in which a sexual act was committed or attempted. The person seeking the injunction must have reported the event to law enforcement and must be cooperating with the investigation OR the person who is alleged to have committed the act of sexual violence is in prison for that act and is set to be released within 90 days. In this type of case, a parent may request an injunction on behalf of their child if the victim is the child.

In order to request an Injunction against dating violence, the relationship must:

If all three of those factors exist and there was violence between the two people, then a petitioner may apply for the injunction under this section. This does not apply to casual relationships or violence between people who only have “ordinary fraternization in a business or social context.” In normal human words, that means that, in this type of injunction, the Court will not consider granting an injunction for the fight that someone got into at a bar or the casual intimate relationship that ended with some form of non-sexual violence. There may be criminal charges pending for those events, but the Courts try to limit the injunctions to those more personal and potentially explosive relationships.

In the event that the relationship does not fit into any of the other three categories, the Courts will consider one other type of injunction. But, in those situations, there must have been at least two (2) events of physical violence, threats, stalking, etc, and at least one of those events must have occurred within the last 6 months.  This type of injunction is not limited by the relationship, only the events, so a neighbor, co-worker, acquaintance, etc. can be subject to such an injunction if their behavior meets the test.

Stalking is a willful, malicious, and repeated course of conduct that is intended to harass another person, and the laws of Florida allow for a person to ask for an injunction based on someone’s behavior that meets the definition of stalking, even if no relationship exists that would meet the criteria of the other injunctions listed above.

How to File an Injunction in Florida 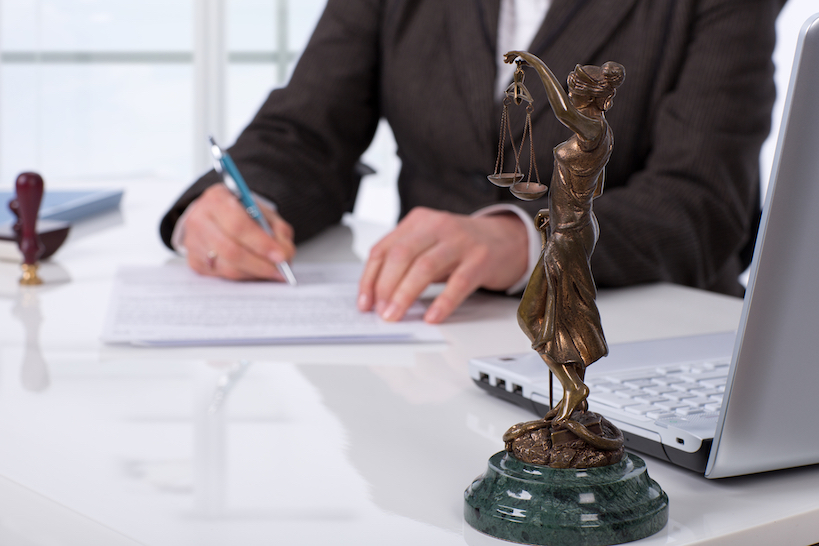 In order to obtain an injunction, a Petitioner must appear at the Clerk’s Office, which is normally located at the Courthouse (most Clerk’s Offices have a specific office dedicated to injunctions). The Petitioner must fill out a form and swear to the facts, alleging not only the relationship but also the facts that would require an order or protection from the Court. In MOST circumstances, the Court will grant a temporary injunction right away and the regular injunction is normally signed within a few hours of the application, then set for a hearing in a few days to allow both sides to appear and offer their version of the events so that the Court can make a final decision.

The Court has the option of making the injunction end on a certain date (such as a year from the date it was issued) or it can be permanent. However, unlike other Court orders, a Petitioner has the ability to request that the injunction be dismissed or dissolved at any time, and Florida case law indicates that upon such a request, the Court is required to dismiss the injunction.

You’ve been served with an injunction. Now what?

Ignoring the injunction will not make it go away and you could face criminal charges if you violate an injunction.  It is often the case that someone charged with a crime involving violence—especially in a domestic situation—will also be served with an injunction.  That civil case often provides an opportunity for our attorneys to review the evidence and allegations in the case before the criminal case proceeds, and it is an opportunity to get sworn testimony about the allegations.

What are the ramifications of an injunction? Is it that big of a deal?

Any contact with law enforcement will also show that you have an injunction entered against you, and—once that injunction is in place—you face additional criminal penalties if you make contact with the person or return to the property, EVEN if they want you to or invite you there.

Do I really need an attorney for a restraining order?

It is not a legal requirement that you have an attorney represent you at an injunction hearing.  However, you may not know if the person seeking the injunction will have an attorney and, while the Court will treat you fairly, they will follow the law and you will be expected to know the rules of the Court and the law that applies to injunctions at the hearing.

I don’t know about you, but if my appendix burst, I would not try to remove it myself. Having an experienced attorney at your side may be the difference between a dismissal and a permanent injunction. If you’ve been served with a petition for an injunction against you, contact one of our attorneys right away at 386-222-6677 to set up a free consultation to discuss your injunction and let us help you.

Big Family Law Changes on the Horizon with Two New Bills
Many clients want to know if they can get “alimony.” The answer is usually pretty complicated. Alimony in Florida at this point is based on a series of factors as outlined in section 61.08, Florida Statutes. There is no formula for what the amount is and it’s completely at the discretion of the Court.
Do I Really Need a Divorce Lawyer?
If you truly have a simplified dissolution without any large assets, martial debt, or kids, I would say you probably can. However, if you and your spouse haven’t worked everything out, have large assets (house, car, 401k, bitcoin, etc.), or have kids together (or on the way) then I would not suggest doing this alone.
The Child Support Trap: The Department of Revenue Letter
All too often we have clients come into us to talk about child support once things have compounded and they’re in arrears.
386.222.6677
Close