Why Trials in the Criminal Justice System Are Rare But Important

“Ready for trial, your honor!”

“We are ready for trial.”

Even though less than 10% of criminal cases are resolved through trial, these five words mean everything in the criminal justice system. This interesting paradox exists because, from the moment a person is arrested, the gears of the justice system are forcefully moving towards a trial of the case. Unless the defendant agrees to waive their right to a speedy trial, the default rule is that all misdemeanor cases will wind up in trial within 90 days of an arrest and all felonies within 175 days of an arrest. The system is theoretically set up  to uphold the virtue of a swift resolution of cases. However, marching quickly towards a trial is often not in the best interest of the accused or the State.

Trials are uncertain, expensive and often result in harsher sentences as opposed to resolving a case through plea bargaining. So, both sides spend a considerable amount of time bluffing about their willingness to try a case and engage in hypothetical discourse during plea negotiations about how an in issue will play out in front of a jury. The jury trial is the great equalizer of our system. While not perfect, the jury trial system is the evolution of witch trials, martial law, and every other dispute resolution system employed in the past millennium.

Since the procedure of a criminal case is set against the backdrop of an impending trial, a case’s strength or weakness is ultimately assessed by how the lawyers in the system believe a group of random, and hopefully fair, people from the community will decide the outcome of the case. This assessment takes place to some degree in every case.

For the most part, the majority of cases have no chance of ever making it to trial. The evidence is either too strong, too weak, or the consequences too severe or too lenient to even justify a jury trial. When I receive a cop’s body-worn camera footage in a case and it clearly shows my client in possession of drugs with no way to defend his possession of that illegal substance, I will have to tell the client that just about any six (6) people off the street will convict him. The prosecutor knows that’s true, I know it’s true, and so does the judge. So, it would be professionally irresponsible and likely unethical for me to pump up my client to believe that a jury trial is his birth right as an American citizen and that he should proceed to trial. The strength of the case will deter this defendant from a trial so long as the prosecutor makes a reasonable offer to resolve the case without one.

This is where the trial paradox gets interesting. We are operating in a realm where we are counting on people to be reasonable. Prosecutors, defendants, and defense attorneys can all be unreasonable at times. This results in cases going to trial that should have resolved with a plea, and vice versa. Those are the cases we use as examples when encouraging our clients to consider accepting a plea deal, or even reject one. The unfortunate reality is that the hard time served by the others in the system can light the path to trial or to a plea. 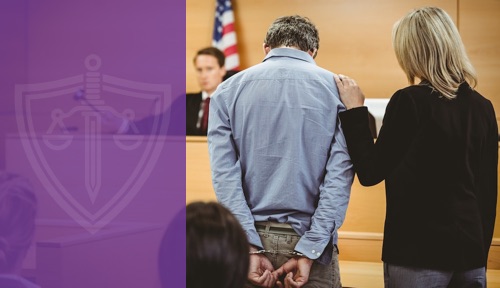 To Plea or Not to Plea

Probability of success at trial should dictate a plea offer. This is another fiction which criminal defense lawyers perpetuate. The client is factually guilty. However, due to an issue with investigation, unreliable witnesses, or the suppression of evidence, the State will have a really tough time proving the case. A careless prosecutor acting on ambition versus reason may charge forward with an unreasonable offer to drive the case to trial. On the other hand, an inexperienced or unconfident one may cave on the eve of trial. A careless criminal defense attorney may overlook the strength of the case and overly encourage a plea. Ultimately, an objective look at the likely admissible evidence should dictate a plea offer.

Responsibility of a Trial Attorney

“Do you want to end up like the guy who turned down probation and got five (5) years in prison?”

“Do you want to end up like the guy who turned down prison and won at trial?”

These are the two competing thoughts for the accused in our system. Swaying a defendant’s mind towards one potential scenario or the other will certainly depend on the factual and legal issues of the case. It will depend upon the mercy of a prosecutor, but it will also depend on the advice and experience of the defense counsel. There is great responsibility in advising someone on a decision that can affect years of a person’s life, if not every remaining year of a person’s life.

Has the attorney missed an issue that, if raised to the prosecutor, could change the plea offer or result in the exclusion of certain evidence?

Does the defense attorney have a reputation which is respected by the State Attorney’s Office as one who could obtain an acquittal at trial?

What effect, if any, does this have on the plea offer?

Since the narrative of a case is shaped in part by the defense attorney identifying issues and tactfully using them to a client’s advantage, a defense attorney’s trial skills are extremely important.

Even though most cases do not wind up in trial, the attorneys’ (prosecutors and defense attorneys) skill in identifying and discussing how the issues will play out in front of the great equalizer that is the jury is extremely important. The takeaway here is that the criminal defendant should not be fooled that the low amount of jury trials in the system make an attorney's trial expertise irrelevant. Since jury trials shape the discourse of a case, the most important factors to consider when choosing an attorney are their trial experience and track record at trial. The attorneys at Aaron Delgado & Associates, have hundreds of jury trials under their belts. To have an experienced trial attorney help you with your case, call us 24/7 at 386-222-6677.

Speedy Trial Calculator
With extensive experience defending his clients in complex trials, Daytona Beach and DeLand trial lawyer Aaron Delgado explains the good, the bad, and the ugly of the speedy trial. Check out our speedy trial calculator to find out how demanding speedy will affect your trial date.
Florida Felony Sentencing Calculator
The Florida Felony Sentencing Calculator is a Florida sentencing guidelines calculator, which allows you to find out the lowest permissible sentence for any felony offense in Florida, with the exception of capital felony charges.
386.222.6677
Close