The construction industry is one that can be particularly dangerous for workers. According to the Bureau of Labor Statistics, it's estimated that there are 150,000 construction site accidents that result in serious injuries per year. Considering that 10.7 million people work in the U.S. construction industry, there are a lot of people risking their health and safety each day just by going to their daily jobs. Let’s look at what construction workers do that makes them so susceptible to injuries, what the most common types of injuries for construction workers are, and what to do if you or a loved one have been injured in a job site accident.

Why are construction injuries so common?

Construction workers do a variety of building jobs that are very physically demanding. Some of those jobs include building houses, commercial structures, and roadways—and repairing each of those when needed. They work with heavy and often dangerous equipment on locations that are not always 100% safe.

Of course, construction sites aim to have their conditions be as safe as possible for their workers, but accidents happen all the time. Some of them can be quite serious, requiring the construction worker to miss months or even years of work to heal from their injuries. That’s why a workers' comp lawyer is necessary to make sure that injured construction workers get the money they deserve after a significant injury from a job site accident.

4 Most Common Types of Construction Injuries

Most of the injuries that happen to construction workers involve their necks, backs, or limbs. The OSHA estimates that the most common kind of construction injuries involve what they call the Fatal Four, which include:

Construction workers commonly work on scaffolding, roofs, or high up on temporary platforms that can elevate them up to the areas they are building. These often incorporate different planks of varying sizes that can be dangerous to work on if all of the necessary safety precautions are not in place.

Thess types of job site accidents can result in contusions, concussions, broken bones, or even death. When a construction worker is building a project with many different parts, equipment pieces, and materials to keep track of, it’s only natural that something may fall or get dropped.

Installing electric systems in buildings and homes is tricky work. An electrocution is when an injury occurs from an electric shock or current running through the human body. The most likely result of this kind of injury is a burn, which can have varying degrees of severity.

Entrapments “in between” refer to a worker being caught in between two objects, typically involving machinery or similar parts. This classification can also involve a collapsing striation that the worker is trapped beneath. These are very scary occurrences that can result in serious injury to the hands, arms, legs, and feet, as well as other areas of the body in extreme situations. 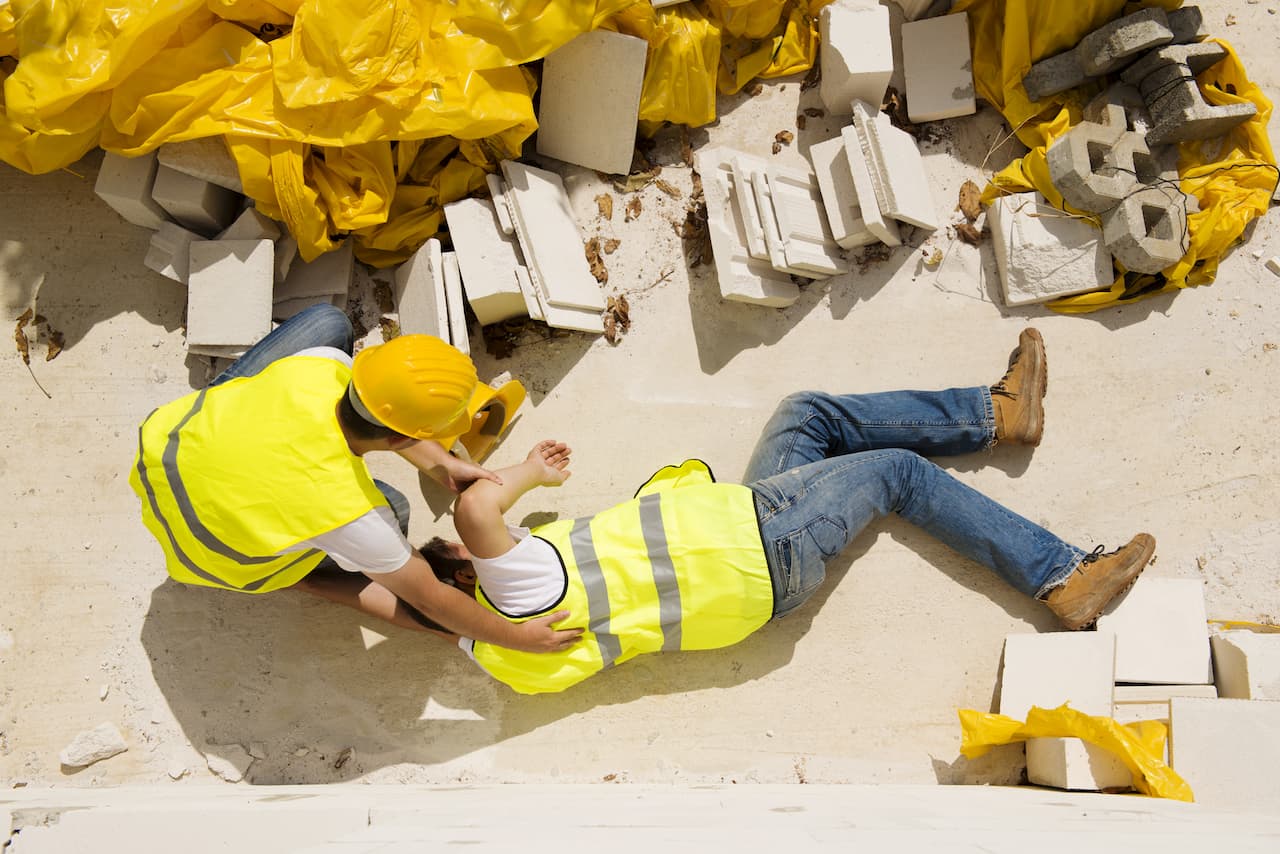 All of these accident scenarios can cause a lifetime of pain and suffering, with debilitating injuries or even permanent disabilities. These construction injuries can affect an injured person’s ability to work future jobs for the rest of their life. In all of these job site accidents, a skilled and experienced workers' comp lawyer can make sure you get the money you need to take care of yourself and your family.

Last year, at Disney World, two construction workers were killed when a scaffolding structure collapsed and they fell to their deaths. A third worker who was on the scaffolding managed to hang on and was pulled up by other workers.

In August, a construction accident occurred in the Bronx in New York City, where one worker was killed and five others injured after a structured collapsed and workers were trapped between the second and third floors.

Earlier this month, a construction worker was injured while working on Orlando’s I-4 when a 7,000 pound pipe fell on his leg “during regular construction activities.”

Get a Workers' Comp Lawyer for Construction Injuries

If you are a construction worker, know your risks and be as careful as you can whenever you’re on a work site. If something does happen and you are injured, call 386-222-6677 for a free consultation with a workers’ compensation lawyer.

You can find more information about Florida workers' compensation laws in the following articles:

FAQs About Workers' Compensation
Our workers’ compensation lawyers frequently receive questions from people who have been hurt on the job and are looking to get the care they need but are unsure about their options. Here are the answers to the most common workers’ comp questions we receive.
5 Things You Need to Know About Workers' Comp
Getting injured on the job can be a harrowing experience. You have to deal with the injury itself, lost wages due to your injury, and more. Here are five things to know before you navigate the various aspect of workers' compensation in Florida.
Tell Me About PIP
Florida is a no-fault insurance state, which requires most drivers to hold personal injury protection (PIP) as part of their insurance policy. Learn more about PIP and how we can help with your claim from our lead personal injury lawyer.
386.222.6677
Close