Post-Conviction Relief for a 10-Year-Old Mistake - Aaron Delgado & Associates
The results on this page are no promise of future results. Clients may not receive the same or similar results.

Post-Conviction Relief for a 10-Year-Old Mistake

When our client first called us and explained his situation, we were admittedly skeptical. This client told us that he had a deal with a judge over a decade ago that essentially allowed him to revisit his plea and not become a convicted felon if he was able to attain a certain resolution in another case. This was an unusual situation, and we were unsure if what was being explained to us was truly the situation. But after looking into it ourselves and doing some research, sure enough, our client was absolutely right.

This client came to us desperately in need of quick results. Due to a recent change in the laws governing pilots’ medical certifications, our client’s FAA license renewal was in jeopardy due to a ten-year-old legal mistake.

Every attorney he spoke to before us dismissed him as either being incorrect or without legal remedy due to time limitations, unwilling to even look into the case.

Despite recognizing that our client had been wronged and that the situation was as he explained it, we were still hesitant. We were very up front with him that this was an unusual situation and would be a difficult result to attain. Nevertheless, we agreed to look into it.

Back in 2007, our client found himself in an unfortunate situation with a business partner who has misrepresented certain things to him. Our client’s reliance upon this misrepresentation led to him face several criminal charges across the state. He had resolved all the charges favorably, except the one in Volusia County.

There are two main avenues one can take to get relief from a sentence after it has been imposed: Rules 3.850 and 3.800 of the Florida Rules of Criminal Procedure.

Rule 3.800 deals with the correction, modification, and reduction of sentences, but unless the sentence is outright illegal, there are stringent time limitations. Illegal sentences primarily refer to judges sentencing outside the mandatory range, so the scope of that challenge is very limited.

Rule 3.850 has broader application and can be utilized in cases that have issues short of an outright illegal sentence. However, a Motion under Rule 3.850 must be brought within two years of the sentencing, unless some exceptional unanticipated circumstances arise, such as discovery of new facts or a new court ruling. And even then, the Motion must be brought within two years of discovery of the new fact or of the court ruling.

We initially hoped we could file a Motion for our client under one of those two Rules, however our client’s situation did not fall within the narrow exceptions to the time limitations. We continued to research any and all methods for obtaining post-conviction relief, and eventually came across a reinvigoration of an ancient doctrine. We discovered that courts sometimes allow these Motions, even when technically time-barred, by treating them instead as petitions for writ of habeas corpus.

Rule 1 of the Florida Rules of Criminal Procedure, the predecessor to Rules 3.850 and 3.800, was created as a new procedure for remedies otherwise available through writs of habeas corpus. Since Rule 1 was first promulgated in 1963, writs of habeas corpus have fallen out of favor and are rarely used. However, as we discovered, courts occasionally treat time-barred Rule 3.800 and 3.850 Motions as petitions for habeas corpus when necessary to prevent manifest injustice.

Getting the State On Board

In addition to the Motion we filed with the Court, we prepared a packet for the State outlining our legal challenges and citing the obscure points of law we had uncovered. Given the uniqueness of the case, we knew having the State on board would be incredibly helpful. Luckily for our client, our attorneys have excellent relationships with the State. In addition to having several former prosecutors amongst our team of attorneys, over the years we have established a reputation through our consistent work product that has facilitated communications with the State. 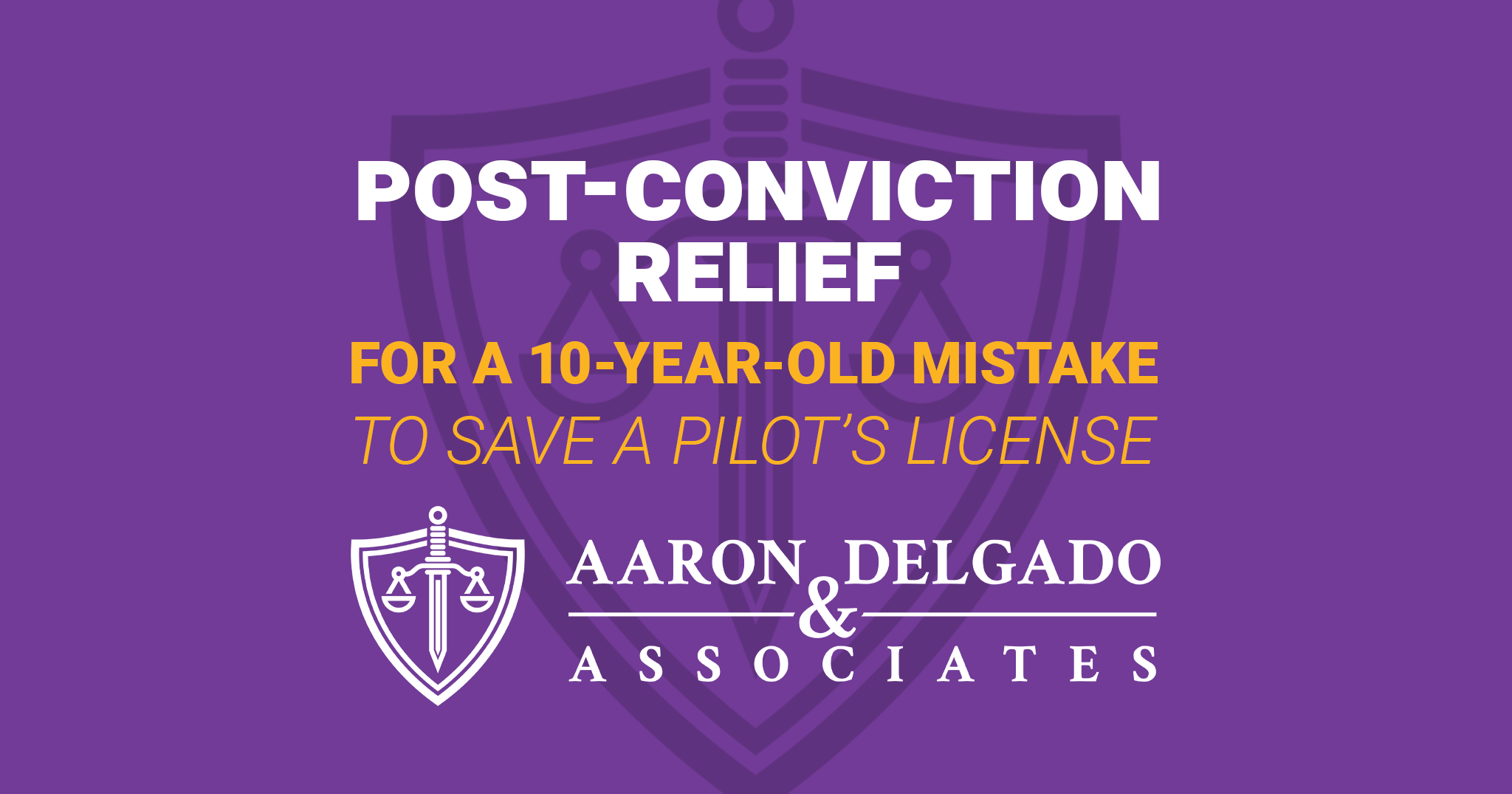 Partly due to this relationship, we were able to secure a prompt meeting with the State. The Assistant State Attorney took the time to listen to not only our legal arguments, but also to our client’s unfortunate situation. Ultimately, the State agreed with our position, and we were able to go in front of the Court with a stipulation from the State. With both sides in agreement as to the resolution needed, the judge granted our Motion, and our client finally obtained relief from a decade-old mistake.

We agreed to take this client’s case on a Thursday evening after closing for business. Understanding that time was of the essence, we moved swiftly, and by the very next Monday we had a complete draft of a Motion for Post-Conviction Relief and the packet for the State.

Although this type of quick response may have been unique for our client, in response to a unique deadline, it was simply business as usual for our firm. It is not uncommon for us to work quickly, spending long nights or even weekends in the office. This is simply how we practice law: aggressive, always taking action rather than being passive or complacent. For this client, our proactive method of practice made all the difference, and he was not forced to bear the burden of this mistake any longer.

While the details of this case were very unique, the gravity of the situation—a previous conviction jeopardizing a person’s livelihood—is not uncommon. At Aaron Delgado & Associates, we do our best to help clients overcome situations like this, even when other attorneys already told them it was impossible. If you need a post-conviction relief lawyer, don’t hesitate to give us a call at 386-222-6677 and schedule a free consultation to discuss your case. We’re here for you 24 hours a day, 7 days a week, 365 days a year.

Florida Doctor Sentenced In White Collar Crime Case
With tax season having just ended, many Floridians are relieved to have the burden of tax preparation off of their shoulders for another year and are even looking forward to a return. But for one Florida physician, an investigation into his tax returns yields a stressful outcome.
386.222.6677
Close
View Our Case Results