What does probable cause smell like? It used to smell like what an officer believed to be raw or burnt cannabis.

Prior to the July 1, 2019, Hemp Bill, which created a State hemp program and revised the definition of Cannabis, a police officer could justify a warrantless search of your vehicle merely on the allegation that the smell of burnt or raw cannabis was coming from your vehicle. Because the Florida and U.S. Supreme Courts have recognized that people have a diminished expectation of privacy in motor vehicles (compared to their homes or other private spaces), an officer’s observation (seeing or smelling) of suspected evidence of a crime in your vehicle allows the officer to ask you to search your vehicle without a warrant.

I am probably not far off when I estimate that millions of arrests over the past several decades were based on the evidence found after a search based upon the smell of probable cause – cannabis.

While the smell of cannabis has not changed, in light of the widespread availability of hemp, many law enforcement agencies (including the Daytona Beach Police Department, the Miami Police Department, and the 7th Judicial Circuit of the State Attorney’s Office) recognize that the mere smell of cannabis, standing alone, is no longer probable cause that evidence of a crime exists within a motor vehicle. This recognition is due to the fact that the smell, appearance, and feel of hemp and cannabis are indistinguishable.

What is distinguishable – through a test that is not available to law enforcement officers in the field (see our prior post about the cbd hemp oil drug test issue) – is the level of THC in cannabis as opposed to hemp. Cannabis and Hemp are both derived from the Cannabis Sativa plant. However, hemp’s THC (the component that gets you high) content is only 0.3%. Thus, many other states have been practicing the “odor plus” or “sniff plus” test when encountering the smell or appearance of purported cannabis in a vehicle.

Putting the Sniff Plus Standard to the Test

Now, it seems Florida law enforcement agencies are following suit. Specifically, the Daytona Beach Police Department has commanded its officers to refrain from making arrests for cannabis alone. Daytona Beach Officers are still directed to seize the suspected cannabis and forward a complaint affidavit (a probable cause narrative enabling a prosecutor to exercise discretion in whether to file charges) to the State Attorney’s Office. Daytona Beach Police have also been directed to cease the detention and not pursue a vehicle search if the driver or occupant of a vehicle represents that the smell is attributed to hemp, as opposed to marijuana.

The directive to Daytona Beach Police Officers is such that if the officer receives a response from a driver or occupant that marijuana is in the vehicle, the officer may move forward with a search of the vehicle. However, without an admission from a vehicle’s occupant, Daytona and Miami police recognize that a search is justified only if the smell or sight of presumed cannabis is observed in addition to other suspected contraband such as scales, baggies, large amounts of cash, masking agents (air fresheners – argument being that there is no need to conceal the scent of legally possessed hemp), or a firearm/weapon. Ultimately, the seizure of the suspected cannabis must be the result of a sniff, discovery of suspected cannabis, and other factors that indicate the substance is cannabis as opposed to hemp, or that the suspect is engaged in the illegal distribution of either hemp or cannabis. Since hemp and medical marijuana can only be distributed by a licensed dispensary, those transporting cannabis or medical hemp to a licensed facility must have sufficient credentials to back that up.

Although we anticipate most Florida law enforcement agencies will eventually adopt the “sniff plus” standard, it may take a while for all of them to wake up and smell the lack of probable cause in these circumstances. Until the “sniff plus” standard is sufficiently vetted and uniformly adopted, people should be wary about being an occupant in a vehicle that has an odor or cannabis. 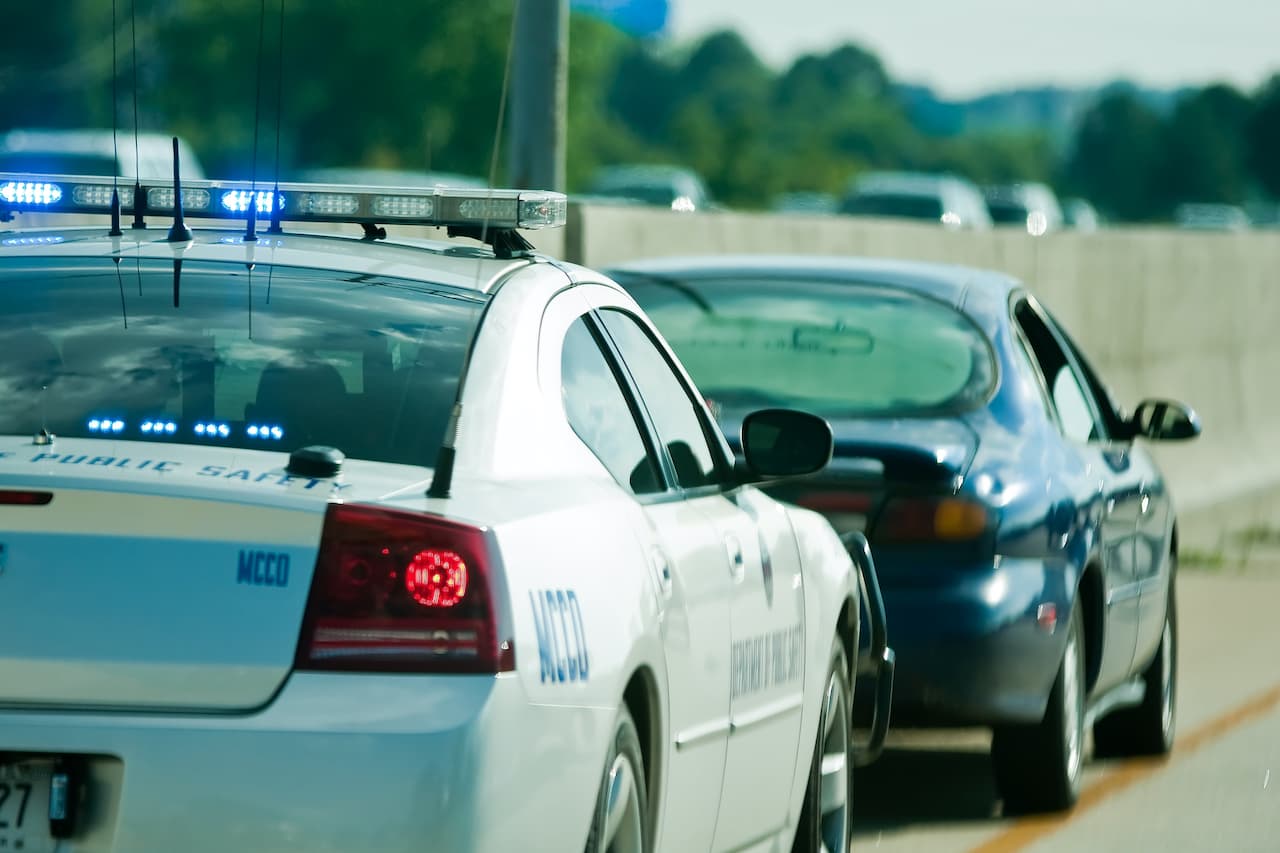 The big take away here is that you should not give a law enforcement officer anything to sniff. If you are legally transporting hemp or medical marijuana, it should be contained in the original packaging from the dispensary, preferably in an airtight, smell-proof container which does not read “Cannabis Inside.” It is also important to understand and exercise your rights when faced with the potential search of your vehicle for suspected cannabis possession.

The new Daytona Beach policy recognizes that any questioning that will be used as evidence should be subsequent to the advisement of Miranda rights. You have the right to refuse to answer questions without a lawyer present and to remain silent!

Undeniably, law enforcement officers will yearn for the “good old days” of the smell alone. As a result, officers will try to rely on consent to search vehicle as opposed to the “sniff plus” standard. Citizens should be mindful that consenting to a search will eliminate any argument that the search lacked probable cause based upon the “sniff plus” standard. Even if the officer sees or smells something that appears to be cannabis, know that you have the right to refuse a consensual search of your vehicle. In other words, if the officer is merely asking to search your vehicle as opposed to commanding to search based upon probable cause, you have the right to say no! (Shortest book you will ever read – Consensual Searches That Did Not Result in Charges.)

Does the Sniff Plus Standard Violate a Person’s Right to Freedom from Unreasonable Searches?

The criminal defense attorneys at Aaron Delgado & Associates argue that law enforcement officers have access to the medical marijuana registry and if an officer smells marijuana in a vehicle he should run the occupant(s) name through the database. If the occupant’s name appears, there should be no further inquiry (provided there is no plain view evidence of another crime or criminal possession of marijuana). We believe that medical marijuana card holders are actually subjected to a higher level of intrusion by being straightforward with an officer, as opposed to a person who lies and states the cannabis is hemp, who states nothing is present, or remains silent. This honesty will inevitably be met with the scenario described above – a search of the vehicle without probable cause, but only a mere suspicion that the medical marijuana is not in a form prescribed or the card hold holder is otherwise violating the medical marijuana statute.

Similarly, those without a medical card or those who possess hemp will be subjected to questioning about an odor in their vehicle which is objectively as innocent as it is illegal. The prevalence of medical cannabis and hemp should result in law enforcement agencies backing off cannabis investigations altogether and only targeting individuals who choose to leave evidence of a crime in plain view, as opposed to those who are in a vehicle that happens to smell like something that is legal under so many circumstances.

The criminal defense attorneys at Aaron Delgado & Associates are eager to test the “sniff plus” standard in court. If you, or someone you know, is facing charges based on the scent of suspected cannabis in a vehicle, call us 24/7 at 386-222-6677 so we can start working on your case.

Drug Test Prediction Calculator
Depending on a person's line of work, or if they've ever run afoul of the law, receiving multiple drug tests per year is just a fact of life for many people.
Flawed Marijuana DUI Testing Leads to Wrongful Prosecutions
With recreational marijuana legal in 11 states plus the District of Columbia, and medicinal marijuana legal in some form in most other states, the number of marijuana-impaired drivers is bound to increase. But for now, law enforcement’s capabilities are currently impaired.
Who Let the Dogs Out? Traffic Stops & K-9s
In Florida, if a trained K-9 smells drugs or other contraband in your car, cops don’t need a warrant and don’t need your permission to search the vehicle—an indication by the animal that some contraband exists within the vehicle is all a cop needs to justify a search.
386.222.6677
Close