This article was originally written by Aaron Delgado for FlaglerLive.com and has since been edited for use on this blog. You can read the original article here.

With recreational marijuana legal in 11 states plus the District of Columbia, and medicinal marijuana legal in some form in most other states, the number of marijuana-impaired drivers is bound to increase. To mount an effective prosecution and preserve the safety of the motoring public, law enforcement needs:

However, unlike alcohol, THC is not currently detectable by a portable machine, nor in fluids—aside from urine or blood. So law enforcement’s capabilities are currently impaired.

The Intoxilyzer breath test machines currently used throughout the country test a sample of deep lung air to measure blood alcohol volume in the breath. The machine can be used with a minimal amount of training and technical skill. It’s not invasive like a blood draw or embarrassing like having to be watched while urinating. Results can be processed quickly, under any circumstance (you are always breathing, but not always needing to urinate), and without any outside technicians. 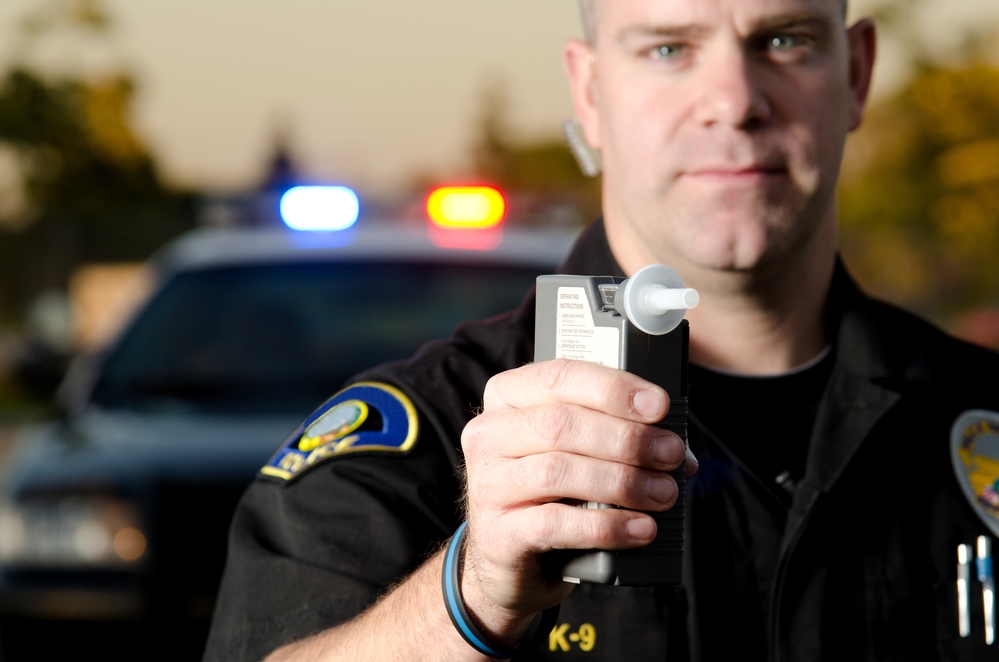 Despite the main legal and scientific challenges to this machine and its “logic”, there is a compelling need for its use in detecting and prosecuting alcohol-impaired drivers. The legal cut-off, or limit beyond which a driver is presumed impaired, is 0.08 grams of alcohol per 210 liters of air, or 0.08/210L. The validity of this number can be debated. But at least it’s a clear line of demarcation, and it applies in all states but Utah, where the limit since 2019 is 0.05.

Currently, there is no similar technology that can detect marijuana use in drivers, and accurately detecting marijuana usage during a traffic stop is notoriously difficult. Marijuana doesn’t have the telltale odor that alcohol does unless smoked in the car, very recently, or carried on your person. Vaporizing can produce less distinct odor too. Additionally, many forms of marijuana are ingested, not smoked.

The current means of detecting “drugged” drivers is to test their urine. The test may scientifically be more accurate than a breath test, but it also detects past usage for up to a month. So the test won’t tell you if the driver is actively under the influence of the drug. Rather, it points to uses in unknown amounts in an unknown period of time going back an entire month. The window of use could be narrowed down to the last 48 or 72 hours, but the defense is easy: defendants used the drug in the privacy of their home a week ago and were not “high” at the time of their police encounter.

In the past, whatever indicated presence of drugs in the urine was damning and prejudicial since even marijuana was illegal. But now, with marijuana legalized in so many forms in so many states, and medical marijuana legalized in Florida, that’s no longer the case. Therefore, we must create a THC impairment scale so we can know at what point one should or should not drive after using marijuana and be able to properly enforce our DUI laws. Currently, no such scale exits.

The Quest for a THC Blood Test

A recent article by CNN detailed the scientific quest for a THC testing device, but what may be a great scientific gadget must still pass legal muster. For example, an ideal THC testing machine would find a way to painlessly extract a blood sample for testing—like a blood glucose test strip. But the legal protections for testing blood are too strong for such a solution and justifiably so: there’s a tremendous amount of information contained in ones’ blood, including one’s DNA.

Science is not yet able to replicate blood alcohol testing in the cannabis arena. Even if the technology can do what it needs to be able to do, it will trigger extensive litigation on its accuracy, reliability, and scientific underpinnings. There will need to be extensive administrative rules to determine how the machine is deployed, maintained, inspected, and otherwise kept in service at the police department level.  Lastly, the devices will face the same sort of legal challenges mounted against breathalyzers, including the quest for the device’s source code. However, none of that means that a device should not be developed, perfected, and deployed; we do know that marijuana impairs driving.

Dangers of Driving While High

A myth I frequently hear is that “stoned” drivers are safe drivers—even safer than sober drivers. This is just not true, despite your college buddy’s insistence. Evidence shows that marijuana impacts reaction time. Driving several tons of metal at high speeds requires focus and attention, and any distraction or impairment, be it texting or THC, should be curtailed.

That being said, the evidence is not as precise as that applied to alcohol-impaired driving. A 2017 report to Congress by the National Transportation and Safety Administration (NTSA) concluded:

There is evidence that marijuana use impairs psychomotor skills, divided attention, lane tracking, and cognitive functions. However, its role in contributing to the occurrence of 23 crashes remains less clear. Many studies, using a variety of methods, have attempted to estimate the risk of driving after use of marijuana […]. The methods have included experimental studies, observational studies, and epidemiological studies. While useful in identifying how marijuana affects the performance of driving tasks, experimental and observational studies do not lend themselves to predicting real world crash risk.

The issue is exacerbated by the fact that a driver may falsely feel confident enough to drive while under the influence of marijuana, and the difficulty in detecting cannabis impairment through casual observation means less chance of a designated driver taking the keys. All in all, impairment from cannabis has the potential to be every bit the problem that drunk driving is, particularly when compounded with the mistaken belief that one is a better driver “stoned.”

While I defend DUI defendants all the time, I urge everyone to be safe behind the wheel of a car regardless of what your drug of choice may have been. I have seen too many tragedies, on both sides of the steering wheel, to dismiss stoned driving as harmless. At the very least, it remains as illegal as drunk driving, even if it is more easily defended by an experienced defense attorney.

The Takeaway on Marijuana-Impaired Driving

While cannabis is rapidly being legalized throughout the United States, our impairment enforcement efforts are lagging behind. Law enforcement is not properly equipped to detect and prosecute the marijuana-impaired driver. Current methods are inaccurate, easily disputed, and defeated. The result is uneven prosecution; innocent drivers are being wrongly convicted and impaired drivers are remaining undetected, posing a potential safety risk to everyone on the road.

The attorneys at Aaron Delgado & Associates are passionate about defending our clients’ right to possess and use CBD, hemp, and medical marijuana. If you or a loved one have been wrongfully arrested for driving while high in Florida, contact my firm at 386-222-6677. Our criminal defense attorneys are here for you 24 hours a day, 7 days a week, to help you fight marijuana-impaired driving charges.

Drug Test Prediction Calculator
Depending on a person's line of work, or if they've ever run afoul of the law, receiving multiple drug tests per year is just a fact of life for many people.
Who Let the Dogs Out? Traffic Stops & K-9s
In Florida, if a trained K-9 smells drugs or other contraband in your car, cops don’t need a warrant and don’t need your permission to search the vehicle—an indication by the animal that some contraband exists within the vehicle is all a cop needs to justify a search.
Florida Penalties for Drug Crimes
The punishments for drug crimes depend on the amount of the drug (in weight) and the intention of the individual charged with the crime. Find out the consequences for felony drug crime convictions by drug, including the substantial fines and mandatory minimum jail time.
386.222.6677
Close