Do you feel like you’re stuck in your marriage?

Would you like to get a divorce but don’t want to be condemned in your faith?

Many of our clients often wonder: if they get divorced, are they breaking their religious faith? All of the major religions address divorce in some capacity or another, but they all have a common thread: You’re not stuck. You CAN get a divorce and be happy again.

Both the Torah and Halakha specifically allow for divorce.

Deuteronomy has a lot to say on divorce. Deuteronomy 24:1 starts by saying, “If a man marries a woman who becomes displeasing to him because he finds something indecent about her, and he writes her a certificate of divorce, gives it to her, and sends her from his house,” so, clearly we have a specific reference allowing a man a divorce for what seems to be any reason as long as he puts it into writing and sends his wife away.

What about a woman? Can a woman get divorced in the Jewish faith?

Yes. Originally, the reading of Deuteronomy said no. However, over time the Halakha has come to realize that God wants men and women to be happy in their relationships. If your basic needs (and that includes sexual needs) have been neglected or if you’ve been abused, you can get out. Even if you’re just repulsed by your husband, you can get out. A wife can demand a get.

Ultimately, God and the Jewish faith do not believe that a woman is chattel, nor do they want their faithful to be miserable. If you think you have a husband who may refuse to grant a get, know this: You may be able to get pressure put onto your husband to “freely” sign a get with the help of your Rabbi.

What the Rabbi Says

I spoke to Rabbi Courtney Berman, who is a Rabbi at Temple Beth-El here in Ormond Beach, FL. She had some wisdom regarding divorce she wanted to share:

“Some of the traditional systems of marriage—like when you look at a ketubah and a get—traditionally they were only what men gave to women. These days, in more liberal Jewish traditions, there is a push to honor the tradition but they are more of what the couple can share with each other. It’s more about the spiritual journey. There is more space in the relationship for both men and women to exercise power in their relationships. Even if you’re a liberal Jew, there can be meaning in getting a get, and not necessarily just that it’s something that a man must give his wife. It can be a way to gain closure for both parties.”

The Bottom Line for Jewish Divorce

Either party can file for a divorce and neither party will be looked down upon in the Jewish faith.

The Christian religion has a lot of diverse teachings on the subject of divorce. The Bible itself addresses divorce in both the Old and New Testaments. For a brief examination of the Old testimony, see the previous section for Judaism.

Why does God hate divorce?

Some say that it’s because it’s a sin point blank, end of story.

Don’t believe that. Is it part of it? Absolutely. God hates all sin. It’s why we have to use Jesus as a buffer. But, after working hand-in-hand with clients, I believe God hates divorce because of the suffering that all parties encounter. Even if you’re the person seeking the divorce, you’ve thought about it long and hard and have had some pain over coming to that decision. Otherwise, you wouldn’t be reading this. God doesn’t want his children to suffer, which is why he’d like to not have those brought in union before him be separated by any man. 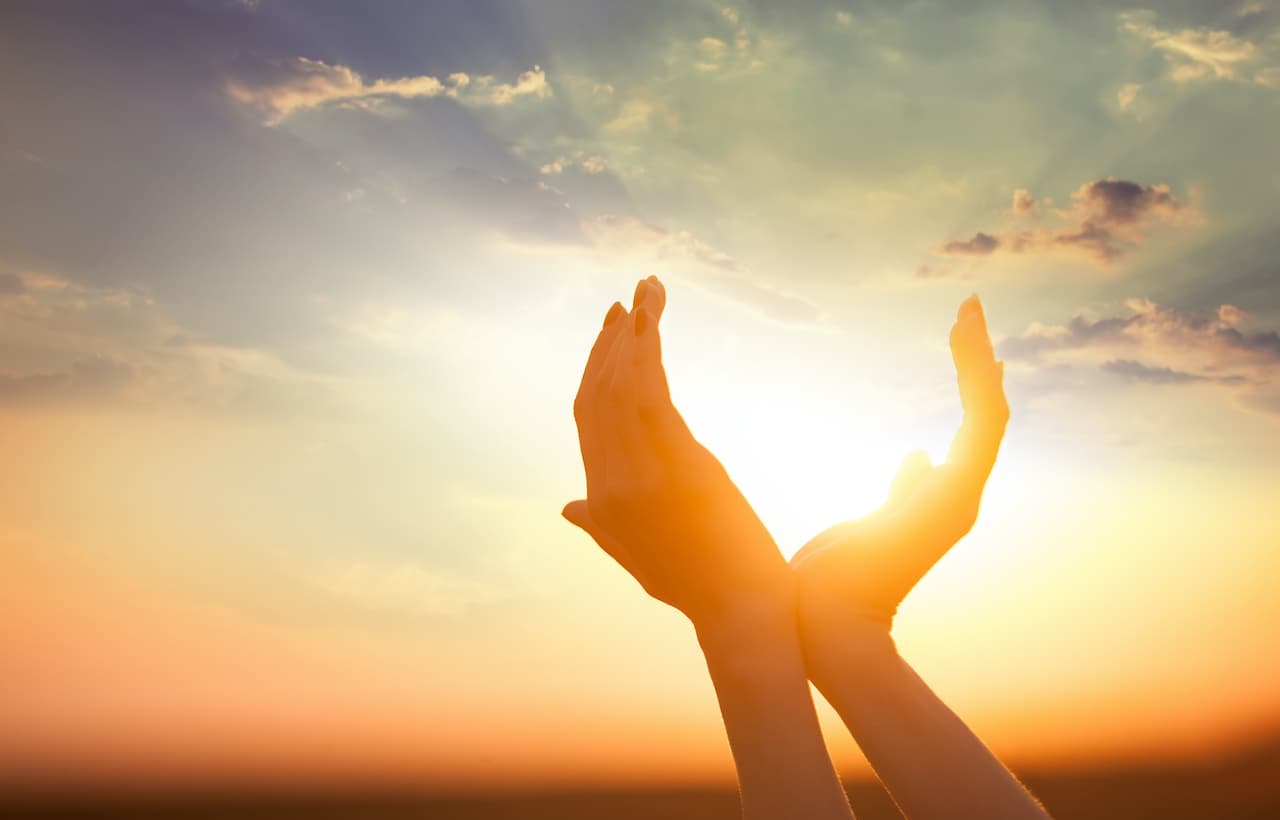 What does the Bible say about divorce?

This brings us to Matthew 19 or Mark 10, where Jesus specifically discusses divorce with the Pharisees by saying essentially, “What God has joined together, let no man separate,” and, “Moses permitted you to divorce your wives because your hearts were hard. But it was not this way from the beginning. I tell you that anyone who divorces his wife, except for immorality, and marries another woman, commits adultery.”

So, a plain reading of Jesus’ statements says you can’t divorce unless:

You're a man (since the extremely strict reading of the Jewish tradition of divorce is for only a man), AND There is immorality

But, it is of the utmost importance to remember the context of this statement, which so many people will try to shove down your throat as the reason why you can’t get a divorce. This is Jesus, a Jewish rabbi, the messiah, talking to the Pharisees about divorce when they are testing him, knowing full well that Deuteronomy 24:1 essentially allows divorce for a myriad of reasons.

The background of the question is that King Herod had recently divorced his old wife to remarry his new one, Herodias, who had done the same to her husband. You must also remember that Jesus’ cousin, John (the Baptist), was beheaded in part because of the way Herodias felt about John’s criticisms of their behavior. (Don’t believe it? Check out Mark 6.) And remember, Jesus heard of the execution of his cousin from his disciples after they buried him.

Jesus, being the knowing and intelligent man he was, probably knew that the Pharisees were testing him about Deuteronomy and hoping to execute him based on his response, just like they did with his cousin.

Knowing these things certainly makes it hard to believe that this response to them is the be-all and end-all of divorce. Don’t believe Jesus forbade divorce. Believe he was pointing out to the Pharisees that marriage was intended to be eternal; however, the human heart is hard, which is why Moses allowed divorce. Divorce was never allowed by God’s law. Man’s law allows it and therefore it is a sin. However, the entire reason Jesus suffered, died, and rose again was to forgive sins.

What the Catholic Pastor Says

I spoke to Father Phil Egitto from Our Lady of Lourdes Catholic Church. He wanted to make sure the people understood the process for Catholics.

“There is a misunderstanding amongst Catholics thinking that if someone gets divorced that they will get excommunicated. That is not the case—not now or ever. We believe in the permanent commitment of marriage, but also understand that things don’t always work as hoped. If someone does get divorced, look at the marriage to determine what happened.

“There are two kinds of marriages with Catholics—regular and sacramental. If one or both parties couldn’t enter into the sacramental bond, they can give an annulment. (It doesn’t do anything in reality to their marriage.) To have a sacramental marriage, we must have two psychologically sound people and two people with a certain level of maturity. If either party didn’t have that at the time of marriage, it would be grounds for an annulment. Once a party has an annulment, they can get married again in the church.

“Divorcees are still part of the community. Divorcees can still be ministers.”

If you need out, get out. You’re forgiven, just ask for it.

The Quran specifically addresses divorce; however, a divorce is only permissible twice. The hope is that even if you divorce once you may reconcile, even twice. Per the Quran at the third contemplated divorce “the parties should either hold together on equitable terms or separate with kindness” (reference Al-Baqara, 2:227-241).

Either a man (talaq) or a woman (khulu) may initiate a divorce so long as the divorce intention is clear and it takes place after the wife’s menstrual period and no sexual relations have occurred since her period ended. You may not divorce for no reason. A divorce is allowable, though, if the wife no longer loves the husband. This is reason enough and it happened to the Prophet. Once a divorce action is done, it is not finalized until the three month waiting period is over. During this waiting period a woman is permitted to live in the man’s home; however, no sexual intercourse (physically revoking/invalidating the divorce) and no verbal revoking/invalidating the divorce (“I take you back,” etc.) shall happen if the divorce is to be finalized.

Financially, Islamic law does not recognize marital property. In Florida, everything obtained during the marriage is marital, with exceptions of course, but in Islamic law anything the wife brought into the marriage, was gifted in the marriage, or earned during the is still hers. The husband in a divorce proceeding keeps what he has brought in and was gifted, but must, per the Quran, financially support his wife (and soon to be ex-wife) until the three month waiting period of a divorce is over and the divorce is finalized. Additionally, when you contracted for marriage, whatever your postponed dowry was can complicate property. A man will have to give his wife the postponed dowry in the event that he initiates the divorce. In these ways, the religious and secular divorce procedure is very different and you will want to work closely with your divorce lawyer to get the proper resolution for you and your family.

What the Imam Says

I sat down with Imam Wali Alafghani at the Islamic Center of Daytona Beach and he explained to me how an Islamic marriage and divorce would work. He had two pieces of advice for any Muslim couples thinking of divorce:

The Bottom Line for Islamic Divorce

Either party may seek a divorce per the Quran, so long as it is not the third religious divorce.

You may be able to achieve harmony and keep the marriage intact after talking or working through your issues either with outside help or through reconciliation meditation. But it is possible that you may have to divorce to find happiness if one or both parties are suffering as a result of the union.

Note that if you are unhappy and are suffering, it may prevent you from achieving enlightenment. You need to focus on yourself, your blocks, and your beliefs before you can move forward on working on either your marriage or your spouse.

The Bottom Line in Buddhism Divorces

Either party may seek a civil divorce as long as it provides happiness.

The takeaway from these four major religions is that you don’t have to be miserable. Think about divorce not just as a physical separation but a spiritual one as well, and not just for you but for your children and extended family, as their lives will change too. Try to reconcile, whether this means sitting down and talking, going to counseling, seeking the advice of elders or your religious counsel, or simply forgiving.

A Divorce Lawyer in Daytona Beach Can Help

If you can’t reconcile, you can divorce. I’m here to help you navigate through this tough time in your life. Contact me at 386-222-6677 to set up an initial consultation about your divorce. I can help you through your options, mediation, property division, alimony, child custody, and any other issues that arise.

Do I Really Need a Divorce Lawyer?
If you truly have a simplified dissolution without any large assets, martial debt, or kids, I would say you probably can. However, if you and your spouse haven’t worked everything out, have large assets (house, car, 401k, bitcoin, etc.), or have kids together (or on the way) then I would not suggest doing this alone.
Your Guide to Filing for Divorce in Florida [Infographic]
Filing for divorce can be tough. This guide to divorce in Florida will answer your questions about Florida divorces, help you determine which type of divorce you’ll want to file, and provide you with the steps you’ll need to take to legally end your marriage.
386.222.6677
Close