Bribery vs. Extortion: What You Need to Know - ADA Blog

Bribery vs. Extortion: What You Need to Know

Even though a lot of people put white-collar crimes in a separate category because they are generally non-violent, they are still incredibly serious. Two of the most common white-collar crimes with which someone might be charged include bribery and extortion. It is true that both of these crimes involve an exchange of money, but there are some significant differences between them. Because these two crimes are not the same things, the penalties are also different.

What do you need to know about bribery and extortion, and what are some of the differences? If you think you are being investigated for either of these crimes, or if you have already been charged, you need to hire a criminal defense attorney who can help you.

What Is Extortion in Florida?

First, it is important to cover extortion. Extortion takes place when a threat or a series of threats forces someone to give them money or convince someone to do something on their behalf. Even though extortion commonly involves an exchange of money, it is not required. For example, someone could threaten someone else with harm in exchange for a specific service. Or, someone could try to extort money from someone in exchange for not doing something.

Both blackmail and ransoms are common examples of extortion. Criminal extortion generally involves using force, or the threat of force, to obtain money or something of value from someone else.

It is possible for someone to face jail time for an extortion conviction. It depends on whether the crimes are charged at the state or federal level, and whether the amount of money demanded (or the service extracted) is worth a significant amount of money. Regardless, all charges of extortion are serious, and it is important to work with a criminal defense attorney who can help you.

What Is Bribery in Florida?

Bribery is also a serious crime in the State of Florida. Like extortion, it involves the exchange of money, but the money generally moves in the opposite direction. With bribery, instead of someone making a threat to extract something they want, they generally pay someone to get what they want. For example, the person committing bribery will generally pay someone to secure an advantage, special privilege, or special service. 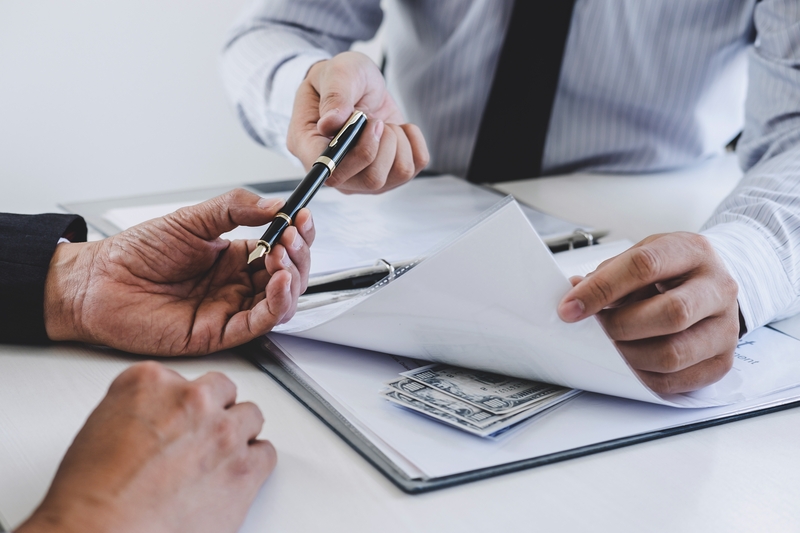 What Are the Differences Between Bribery and Extortion?

After understanding the differences between bribery and extortion, it is important to take a look at what some of the punishments might be.

What Are the Penalties for Bribery and Extortion?

A conviction for bribery or extortion can be incredibly serious. The exact nature of the penalty will vary depending on a number of factors. They include:

All of these factors will be taken into consideration when deciding what the sentence will be. The penalties for bribery and extortion can be extremely serious, including fines that amount to thousands of dollars and jail sentences that could last for a number of years.

In addition, this type of penalty could show up on a background check, making it hard for someone to find a place to live or get a job. Because the stakes are always high when someone has been charged with bribery or extortion, it is important to work with a trained attorney who has experience in this area. That is where we can help you.

Crimes such as bribery and extortion are always serious in the State of Florida. That is why you need to work with a criminal defense attorney who has experience in this area. We are Aaron Delgado and Associates, and it would be our pleasure to represent you. We have worked with countless clients, vigorously defending their rights every step of the way. Now, we can do the same for you.

Even though you may feel like the facts of the case are on your side, you never know what will happen when you set foot in a courtroom. You need to work with an attorney who will explain all of your options in a way you understand. We will review the facts of your case, take the stress off your shoulders, and fight hard to secure a favorable outcome. If you would like to learn more about how we can help you, contact us today for a case consultation. We would be honored to represent you.