Who? What? When? Where? Why? and How? - Aaron Delgado & Associates

We were moved by the plight of Stan Wykretowicz - retired military and law enforcement officer - and, after meeting with him, we were honored to be asked to serve as special trial counsel. To provide his client with the extra firepower of two board certified trial attorneys and our entire legal team, Aaron Delgado & Associates appeared as special co-counsel to Attorney Sam Masters. The result was a victory for Mr. Wykretowicz that reunited him with his wife and family after years of nightmarish separation and legal uncertainty.

Facing 45 years in prison for a crime he did not commit, we had no choice but to go to trial to defend Mr. Wykretowicz from the same government he served for over 10 years in the military. After a hard-fought three day trial, he left the courtroom a free man.

Mr. Wykretowicz was charged with "Aggravated Child Abuse Causing Great Bodily Harm," a first degree felony, and with "Aggravated Child Neglect," a second degree felony, stemming from an incident in February of 2014. At that time, he rushed his two-year-old niece to Flagler Hospital. The child was unresponsive and required emergency surgery to fix a perforation of her colon. Rather than be allowed to attend to the sick child, he was confronted with allegations that he caused the injury.

The police, doctors, and DCF rushed to the conclusion that the injury was caused by abuse. In their minds, the case was closed in under 48 hours. However, slightly over 48 hours after the child was brought in, the hospital's pathology report came back with the diagnosis of an infection as the cause of injury, not abuse. This evidence was ignored by the government, which brought charges even after admission that no one could determine exactly who or what caused the damage. 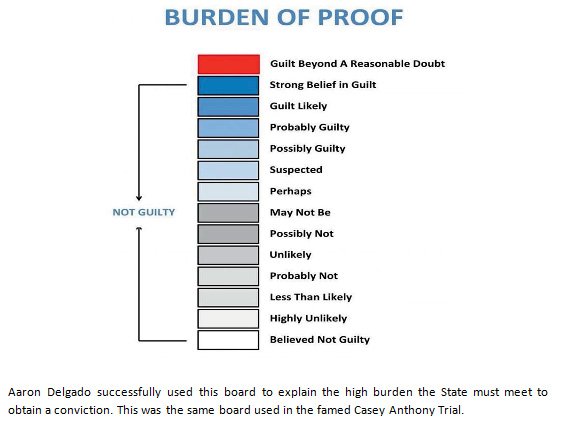 As a result, an innocent man was arrested and remained in jail for over 100 days, unable to afford his bond. His children were removed from his custody, and when he was able to bond out of jail, he was forced to sleep in his car because the State would not allow him to return home.

After Mr. Wykretowicz brought his two-year-old niece to the hospital, the attending doctor determined somehow that the damage was caused by blunt force trauma. The injury was less than 2 centimeters long, and no other injury was present (no other organs damaged, no broken bones, and no internal bleeding). The doctor believed the injury was caused by a kick, punch, or stomp, but had no explanation as to how this could cause the injury and not cause any other damage to the child. The doctor also failed to ever look at the hospital's pathology report, which examined the colon at a microscopic level and determined the injury was an infection of the colon, such as Crohn's Disease. In fact, the State called a nurse, a detective, and their own pathologist, and none of their witnesses had ever seen the hospital's pathology report until our attorneys showed them.

We sought an independent pathologist to review the evidence. Doctor William Anderson, a former medical examiner for Orange County and expert in gastrointestinal tract pathology, reviewed the medical slides and created his own slides from the removed section of the colon. Dr. Anderson determined that the damage was 100% caused by an infection and was able to rule out any chance of blunt force trauma as a cause.

Even after the defense confronted the State with overwhelming evidence of Mr. Wykretowicz innocence, the State, their doctors, the detectives, and DCF, could not admit their mistake and insisted on moving forward with the prosecution. Luckily for Mr. Wykretowicz, he hired the right team of trial attorneys. Attorneys Aaron Delgado, John Reid, and Sam Masters aggressively fought the State for his freedom.

A reporter for Flagler Live, a local newspaper, sat in the courtroom during the course of the trial and was quoted as saying: a beating was very much a part of the trial, "[b]ut it was a beating the prosecution was suffering at the hands of the defense, a trio of lawyers who flanked Wykretowicz, 41, like a posse throughout and kept Assistant State Attorney Joe LeDonne off balance and on his heels for most of the day — an unusual position for a prosecutor whose trial wins can usually be gauged within an hour or two of opening arguments." The article went on to say, "at every turn, the defense's approach proved more effective than the prosecution's." Read the full article HERE.

The defense was able to educate the jury about the science that proved the State's case was wrong. Attorney Aaron Delgado presented multiple poster board sized pictures of the slides of the child's colon. These were proof the infection damage started on the inside of the colon and worked its way out. Blunt force trauma could not have caused this pattern. The defense’s expert witness testified about what he saw on these slides that proved Mr. Wykretowicz's innocence. 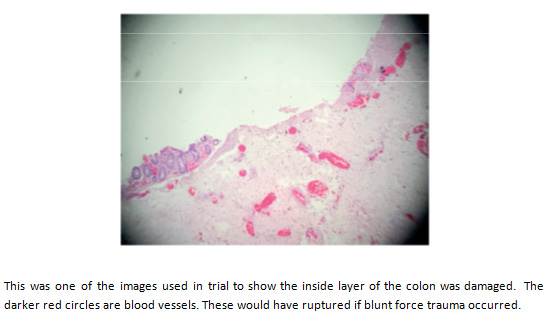 Ultimately, after a three day trial, the jury agreed with the defense and returned a verdict of not guilty on the Aggravated Child Abuse Causing Great Bodily Harm charge and not guilty on the Aggravated Child Neglect charge. The jury did return a verdict of guilty as to culpable negligence, a "lesser included" offense which is merely a second degree misdemeanor, the lowest degree of criminal charge in the State, akin to driving without a driver's license. Judge Dennis Craig left open the possibility of dismissing this charge as contrary to the facts presented.

Everyone is brought up in this country hearing the phrase "innocent until proven guilty." Sadly, the system often does not operate this way. Before this incident, Mr. Wykretowicz had never been charged with a crime, had served in the military for over 10 years, was an active reservist, and by all accounts was a loving father. It is truly terrifying to know that someone like this could have his world turned upside down and be forced to spend years fighting for his freedom despite there being no evidence that he did anything wrong.

After a three year battle with the government, Mr. Wykretowicz won, but this case shows exactly how innocent people can end up in prison.

These results are extraordinary, and the long hours and late nights we spent obtaining them were well worth it to see our client and his family break down with relief and joy. We could have worked a plea which would have made our client a convicted felon facing incarceration for a crime he did not commit, but we took the time to correct this injustice. This is the kind of work we commit to. If you or a loved one are facing a criminal prosecution or need help with a post-conviction matter, do not hesitate to call us at 386.222.6677 and contact one of our attorneys to learn what we can do for you. Our team of dedicated criminal defense attorneys, including a Florida Bar Board Certified Expert in Criminal Trial Law, is available 24/7 to fight for you.

Downward Departure FL Infographic
In Florida, anyone convicted of a felony crime is required to receive the “mandatory minimum” sentence. However, there are quite a few mitigating factors that may qualify you for a “downward departure” sentence instead.
Paying the Ticket or Paying the Piper
Traffic tickets are such a common part of everyday life that many people don’t even give it a second thought. You get the ticket, pay it, get it over with, and move on. But what many people don’t realize is that there are consequences to simply paying off the ticket.
FAQs About Florida Sex Offender Laws
Being added to Florida’s sex offender registry can have some major collateral consequences in both your personal and professional life. Before you decide not to hire a lawyer, here are some of the most commonly asked questions we hear about Florida sex offender laws.
Criminal Defense
386.222.6677
Close