Not Guilty of Felony Charge < 30 Minutes - Aaron Delgado & Associates
The results on this page are no promise of future results. Clients may not receive the same or similar results.

Not Guilty of Felony Charge in Under 30 Minutes

Felony Charge: Not Guilty Verdict in Under 30 Minutes

Our client was working in his store when a dog he did not know came running at him without an owner in sight. If you have ever experienced a dog bite or have otherwise been attacked by a canine, you know just how terrifying it can be to have an unfamiliar dog running towards you. Our client exercised his right to defend himself by grabbing a broom to keep the dog from attacking him. However, he was later charged with felony cruelty to animals and was accused of beating the dog with the broom to the point that the broom was bent. 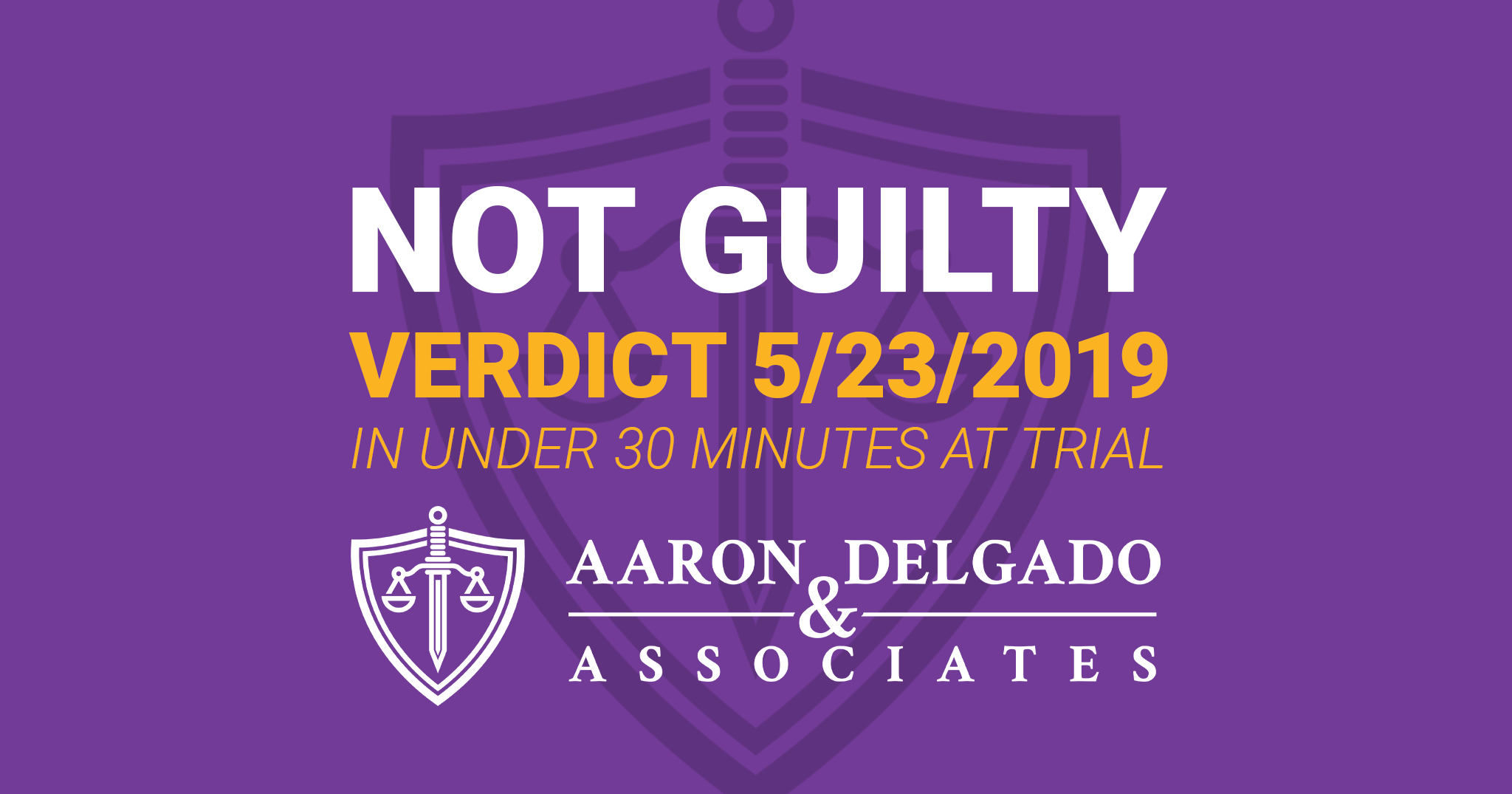 The store's surveillance video clearly showed that the police took the wrong broom – an old rotting one that appeared damaged and bent. We never waiver the right to speedy trial and asked our client to trust us with our strategic approach to his defense. Thanks to the video evidence, the State conceded, the jury delivered a verdict of Not Guilty in under 30 minutes, and our client's wife wept with relief.

Our client was an immigrant who could have been deported if he was found guilty of this felony charge. It was tremendously satisfying to help this family and to demonstrate the power of the jury as the best means of holding the government in check in the criminal justice system.

As criminal defense lawyers, we defend the integrity of the justice system. We recognize that our justice system must be constantly tested, tempered, and watched to make sure it is running correctly. Only with a properly running justice system can we ensure that an innocent person is not convicted for expressing unpopular ideas or being on the wrong side of a political skirmish.

In my experience, the jury system finds the guilty and they are punished. But sometimes innocent people are convicted, and that is terrifying.

The attorneys at Aaron Delgado & Associates strive every day to make sure our justice system works the way it is supposed to, which means we often represent people accused of awful things. However, it is important to remember that an accusation does not equal guilt. We make sure they are treated fairly in court so that we can be confident that other, less polarizing people, receive justice.

Community Update on COVID-19 from Aaron Delgado
Dear Friends: We are open for business! If you need help, we are here for you. Read the full letter to find out our current meeting options, court closure issues, and warrant issues, as well as how you can help your local businesses and stay safe during the COVID-19 pandemic.
Florida Courts Closed Due to Coronavirus
The Supreme Court of Florida has officially closed the courts due to the current state of emergency caused by the Coronavirus Disease 2019 (COVID-19). Read our brief article to find out more details about the court closures and coronavirus.
Florida DUI Penalties [Infographic]
The State of Florida takes DUIs very seriously. A DUI is a criminal offense that carries severe penalties and will follow you around for the rest of your life. Here is a full breakdown of the penalties you may face if you’re convicted of a DUI in Florida.
386.222.6677
Close
View Our Case Results