Graduating at the top of his University of Florida Law Class, Harry Rutherford had his pick of job offers including a chance to clerk for several judges. However, having already clerked at Aaron Delgado & Associates for the last two summers, Harry had no plans to go elsewhere; he knew Aaron Delgado & Associates was the place for him, and had felt a sense of belonging ever since his first summer assignment. 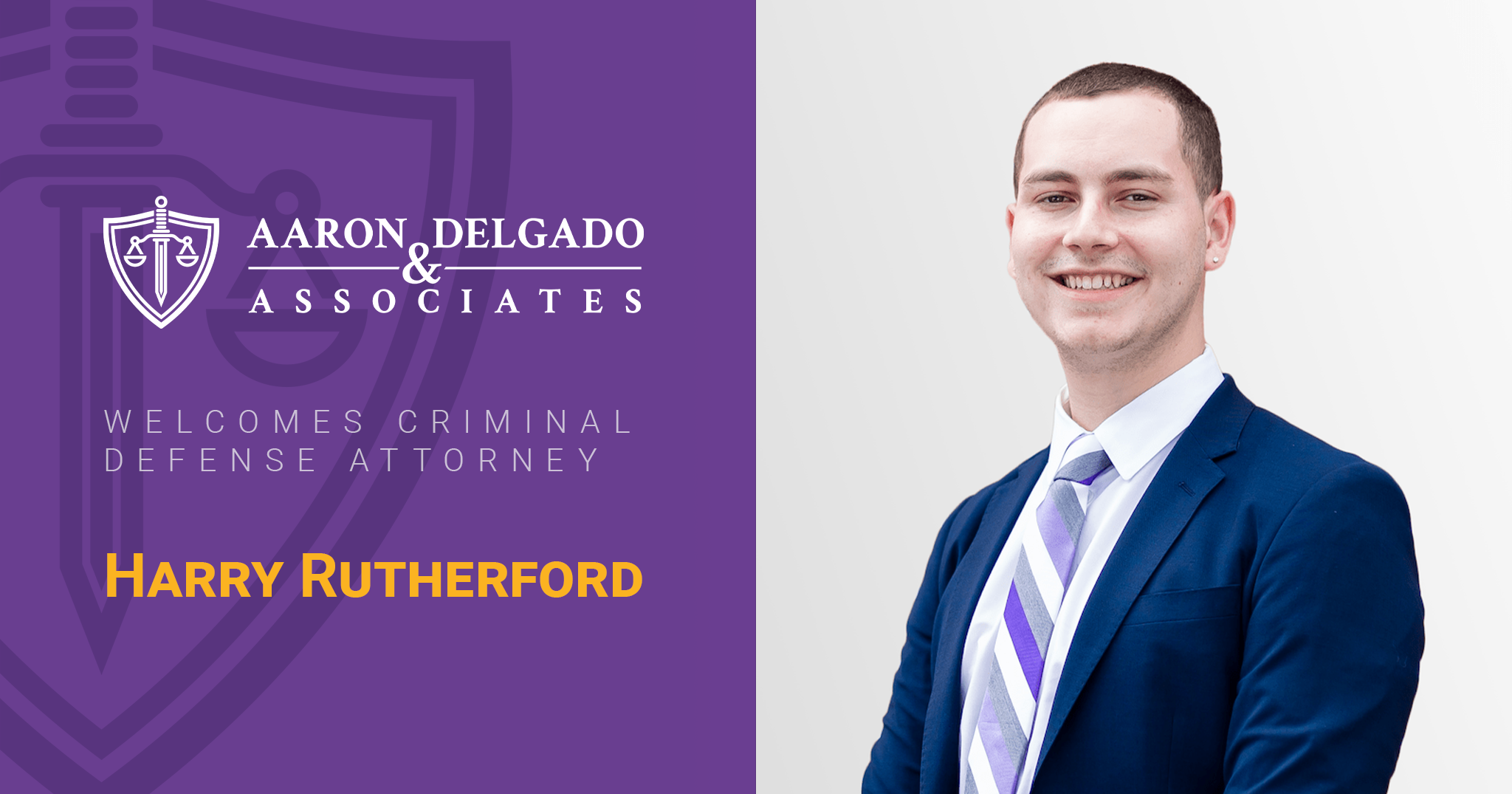 Harry’s work has already been presented to trial judges in complex and high stakes criminal prosecutions. Before even graduating, Harry had worked on two murders and a multitude of complex felonies, including cybercrime, white collar crime, and sexually motivated offenses. Harry, just like the firm he is joining, has also helped successfully defend a wide variety of criminal offenses that impact everyday citizens, such as driving under the influence, domestic abuse allegations, injunctions for protection, shoplifting, and drug possession charges.

Harry represents the next stage of Aaron Delgado & Associates' evolution and the next generation of criminal defense attorneys protecting our collective civil liberties in the 21st century.

Aaron Delgado & Associates set out to build the very best practice in Florida.  In addition to actively recruiting experienced and established lawyers like James Disinger, Aaron Delgado & Associates is finding raw talent and potential, and—through mentorship and rapid exposure to real legal work and real clients—building, from the ground up, a lawyer who is both a strong speaker and a strong writer; one who can handle written and oral arguments with equal facility.

Criminal law is often perceived as being populated by a lower caliber of attorney—more of a “working class” lawyer as opposed to the rarified air of civil law. However, defending personal liberty is the highest calling for the legal profession.

Community Update on COVID-19 from Aaron Delgado
Dear Friends: We are open for business! If you need help, we are here for you. Read the full letter to find out our current meeting options, court closure issues, and warrant issues, as well as how you can help your local businesses and stay safe during the COVID-19 pandemic.
Aaron Delgado & Associates Welcomes Family Law Attorney Maria Indelicato
On behalf of the entire team of criminal defense lawyers and legal staff at Aaron Delgado & Associates, we’re proud to welcome Maria Indelicato, Esq., to the firm! As a Daytona Beach family law attorney, Mrs. Indelicato is joining our newly created Family Law Division.
The Art of Jury Selection: A Criminal Trial Lawyer Review
We received this testimonial from a local attorney, who had jury duty on a day firm partner and criminal trial lawyer Aaron Delgado was selecting a jury for trial. This testimonial details Mr. Delgado’s mastery as a criminal trial attorney.
386.222.6677
Close